Catcott is believed to have perhaps a unique place in the record of the First World War. Every man who was physically able left the village to join the Forces. Of the 104 men eligible to serve, 90 joined up. That left 14 men of military age remaining in Catcott. Seven were physically unfit which meant there were just seven men left to carry out the all the work of the village. And those remaining seven were in low medical categories and had limited physical ability. 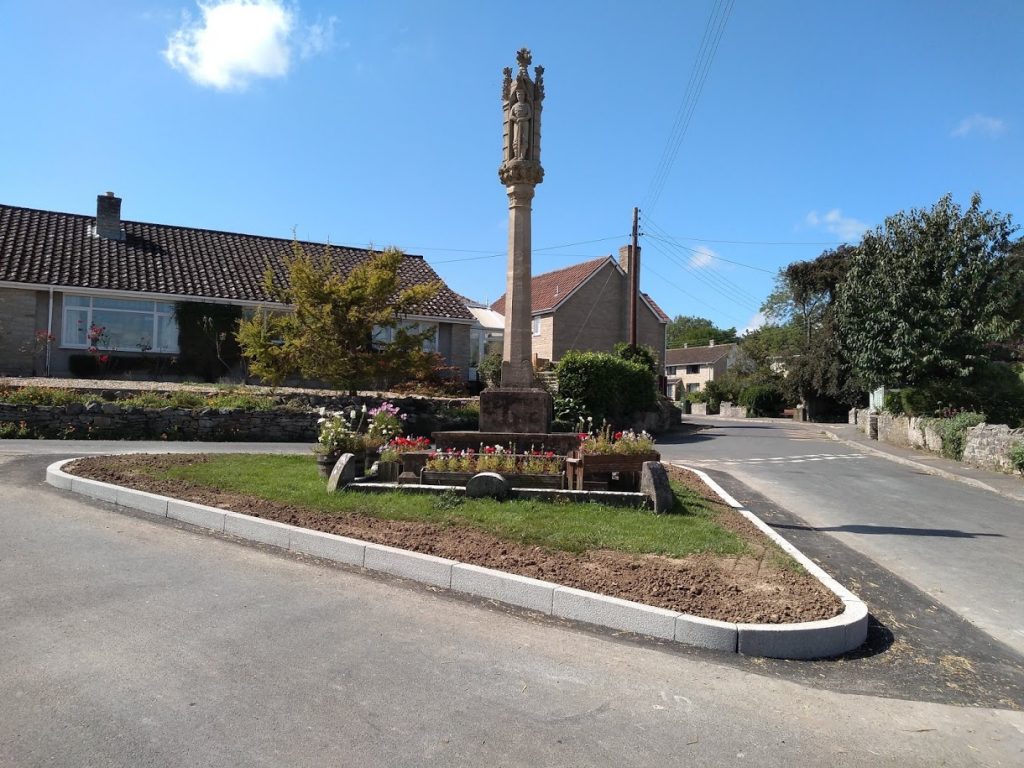 The contribution made by the village to the war led to calls for a worthy tribute to the six men who did not return. The result was the War Memorial which was dedicated 94 years ago this month in a ceremony described by the Bridgewater Mercury as “a memorable day in the history of the little village”.

The memorial was built of Doulting stone, the Somerset limestone also used in the construction of Wells Cathedral and Glastonbury Abbey. It was based on the design of a 13th century cross. The memorial is on an eight-feet square base and rises 18ft 6ins (5.6m) in height. The £210 cost (about £25,000 today) was raised by public subscriptions and an energetic fund raising committee through concerts, whist drives and other activities in the village.

The memorial was unveiled on October 7th 1921 by Lieut.-Gen. Sir George Montague Harper, who had commanded 51st Division and 4th Corps during the war, and who was G.O.C. Southern Command. After a service at St Peter’s Church, a procession including relatives of the men killed in the war, led to the memorial where ex-servicemen, villagers and the children from the school were waiting.

The kerbing around the war memorial was replaced in 2019.