This year’s annual Catcott Village Clean-Up took place without a cloud in the sky – the perfect conditions to get out and about, meet with neighbours and make a difference to the community. 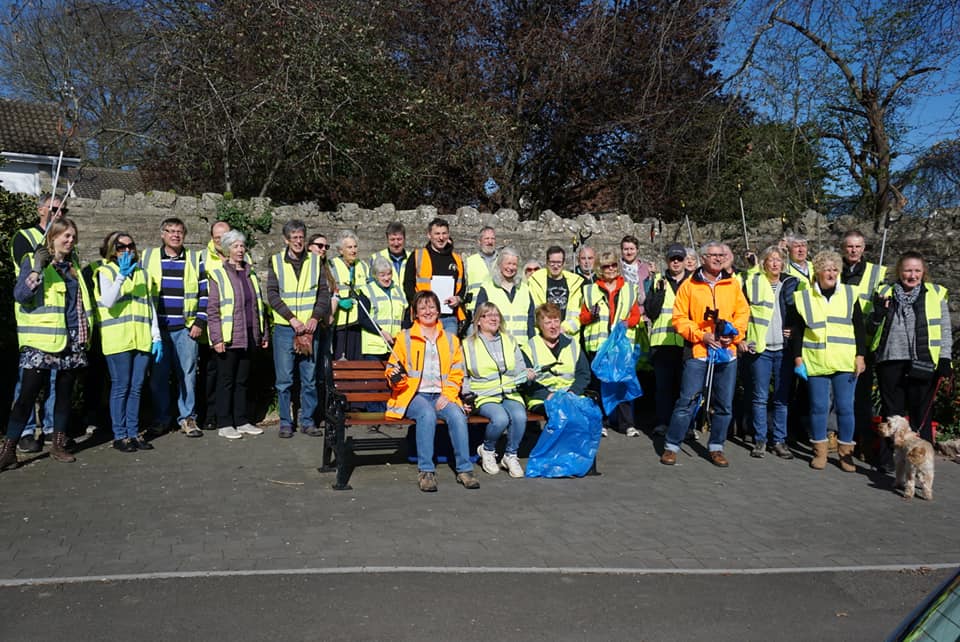 Volunteers congregated at the Pound on Manor Road. Like a military commander deploying troops, Village Association Chairman, Wayne Sanson, assigned teams with distinct patches to tackle. Armed with high-vis vests and litter pickers provided by Sedgemoor Council, Catcott was ready to do battle against the plight of carelessly discarded waste.

It was heads down and pickers out for the rest of the morning as each team set out to collect as much litter as they could find. And it’s not just about improving the look of the village, it’s also about looking after our natural neighbours too. A single plastic bottle can take over 400 years to decompose, which means that with each piece of litter that’s picked, our local flora and fauna is protected for centuries to come.

Of course, all kinds of wonders can be spotted when attention is turned to the ground. The grass verges in Catcott are springing to life all across the village, with edibles such as calendula flowers and wild garlic being spied amongst the greenery.

After filling bin liners with an array of old drinks bottles, empty crisp packets and miscellaneous pieces of scrap, volunteers congregated at Court Farm where they were rewarded for their efforts with hot drinks and scrumptious bacon butties, rustled up by the ever-cheerful Maria and Phil.

Far from a chore, all agreed it was a pleasure to be outside in the sunshine working as a community. Villagers soon found themselves quizzing each other about their prize hauls, like fishermen comparing their biggest catch. Could there be a competitive hint in the air?  Well, a bit of friendly competition never hurt anyone in Catcott… Roll on Open Gardens on June 23.

This site uses Akismet to reduce spam. Learn how your comment data is processed.